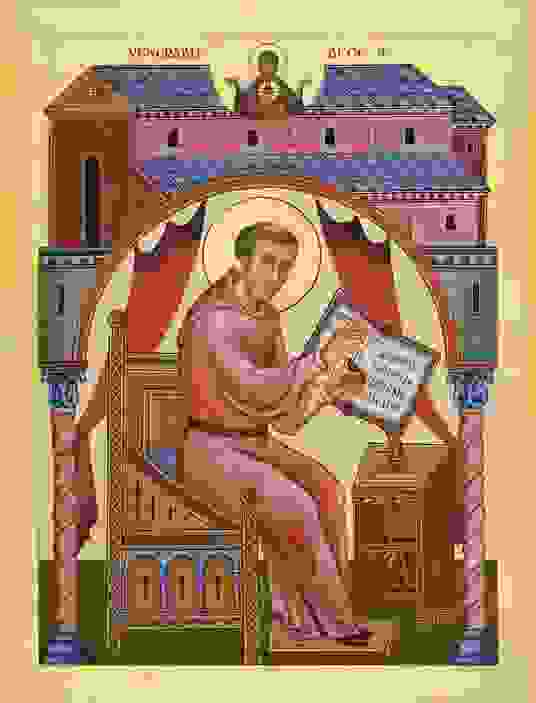 Bede Commentary on The Magnificat

Mary proclaims the greatness of the Lord working in her"

My soul proclaims the greatness of the Lord, and my spirit rejoices in God my saviour. With these words Mary first acknowledges the special gifts she has been given. Then she recalls God’s universal favours, bestowed unceasingly on the human race. When a man devotes all his thoughts to the praise and service of the Lord, he proclaims God’s greatness. His observance of God’s commands, moreover, shows that he has God’s power and greatness always at heart.

His spirit rejoices in God his saviour and delights in the mere recollection of his creator who gives him hope for eternal salvation. These words are often for all Gods creations, but especially for the Mother of God. She alone was chosen, and she burned with spiritual love for the son she so joyously conceived. Above all other saints, she alone could truly rejoice in Jesus, her saviour, for she knew that he who was the source of eternal salvation would be born in time in her body, in one person both her own son and her Lord.

For the Almighty, has done great things for me, and holy is his name. Mary attributes nothing to her own merits. She refers all her greatness to the gift of the one whose essence is power and whose nature is greatness, for he fills with greatness and strength the small and the weak who believe in him.

She did well to add: and holy is his name, to warn those who heard, and indeed all who would receive his words, that they must believe and call upon his name. For they too could share in everlasting holiness and true salvation according to the words of the prophet: and it will come to pass, that everyone who calls on the name of the Lord will be saved. This is the name she spoke of earlier: and my spirit rejoices in God my saviour.

Therefore it is an excellent and fruitful custom of holy Church that we should sing Mary’s hymn at the time of evening prayer. By meditating upon the incarnation, our devotion is kindled, and by remembering the example of God’s Mother, we are encouraged to lead a life of virtue. Such virtues are best achieved in the evening. We are weary after the day’s work and worn out by our distractions. The time for rest is near, and our minds are ready for contemplation.

you inspired the Virgin Mary,

mother of your Son,

to visit Elizabeth and assist her in her need.

Keep us open to the working of your Spirit,

and with Mary may we praise you for ever.

We ask this through our Lord Jesus Christ, your Son,

who lives and reigns with you

and the Holy Spirit,

one God, for ever and ever. 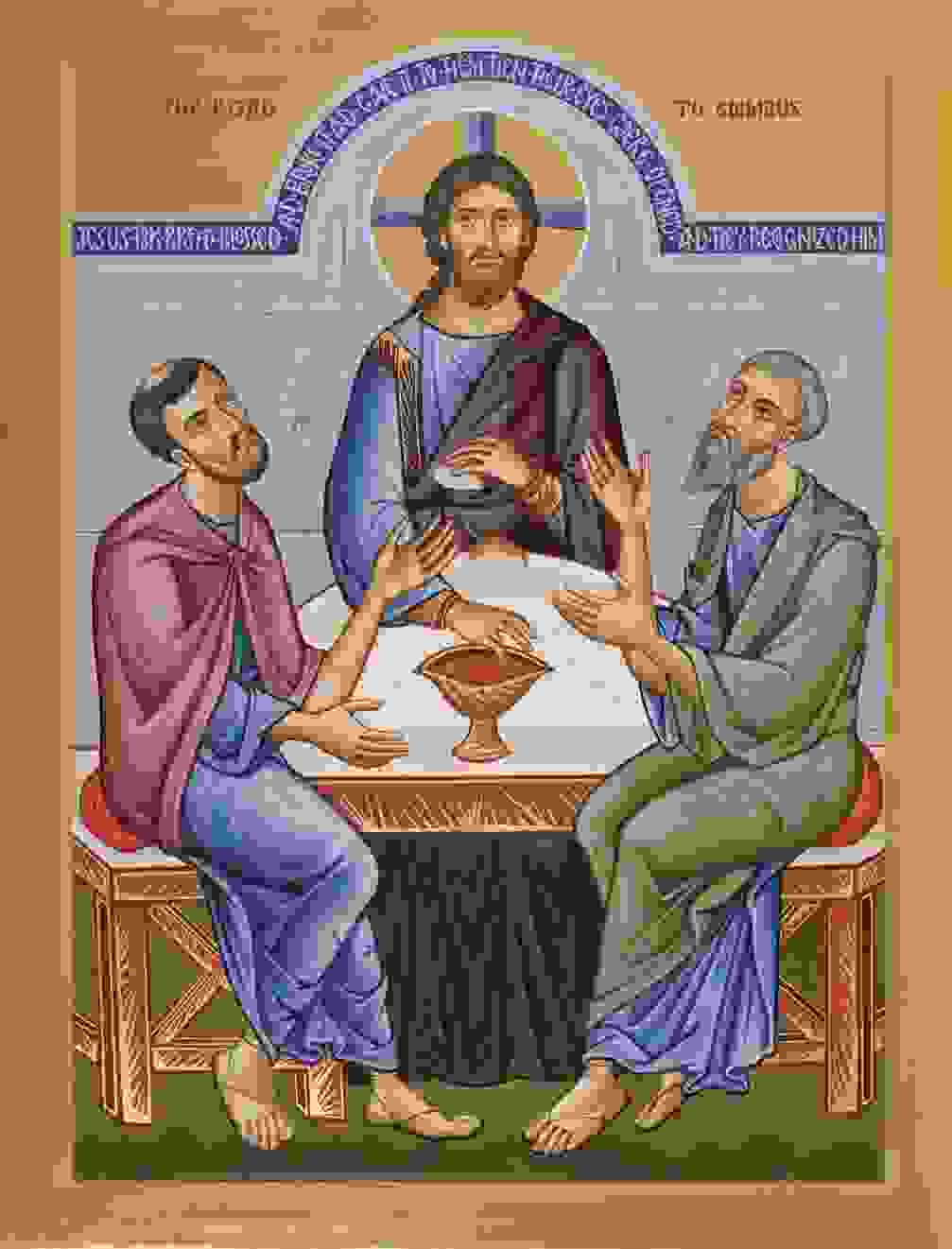 THE ROAD TO EMMAUS

Now that same day (The First day of the week) two of them were going to a village called Emmaus, about seven miles[a] from Jerusalem.  They were talking with each other about everything that had happened. As they talked and discussed these things with each other, Jesus himself came up and walked along with them; but they were kept from recognizing him.  He asked them, “What are you discussing together as you walk along?”

They stood still, their faces downcast.  One of them, named Cleopas, asked him,  “Are you the only one visiting Jerusalem who does not know the things that have happened there in these days?” “What things?” he asked.

“About Jesus of Nazareth,” they replied. “He was a prophet, powerful in word and deed before God and all the people. The chief priests and our rulers handed him over to be sentenced to death, and they crucified him; but we had hoped that he was the one who was going to redeem Israel. And what is more, it is the third day since all this took place. In addition, some of our women amazed us. They went to the tomb early this morning but didn’t find his body. They came and told us that they had seen a vision of angels, who said he was alive.  Then some of our companions went to the tomb and found it just as the women had said, but they did not see Jesus.”

He said to them, “How foolish you are, and how slow to believe all that the prophets have spoken! Did not the Messiah have to suffer these things and then enter his glory?”  And beginning with Moses and all the Prophets, he explained to them what was said in all the Scriptures concerning himself.

As they approached the village to which they were going, Jesus continued on as if he were going farther.  But they urged him strongly, “Stay with us, for it is nearly evening; the day is almost over.” So he went in to stay with them.

When he was at the table with them, he took bread, gave thanks, broke it and began to give it to them. Then their eyes were opened and they recognized him, and he disappeared from their sight. They asked each other, “Were not our hearts burning within us while he talked with us on the road and opened the Scriptures to us?”

They got up and returned at once to Jerusalem. There they found the Eleven and those with them, assembled together and saying, “It is true! The Lord has risen and has appeared to Simon.” Then the two told what had happened on the way, and how Jesus was recognized by them when he broke the bread.